A Day of Simming

A Day of Simming

I thought that this might be a fun thing to do while the forum experiences inactivity! Basically you share what happened in your game today (or any day if you like), and post some pictures to go along with it. I'll start:

My story begins at Hank Goddard and Pauline Wan's lead up to their (non) marriage!

First up, Hank's little crush on the neighbourhood doctor, Jamie Jolina. Their first (and last) date goes smoothly, until Jamie finds out that he's engaged

(The little gathering at Pauline's hen night. Lucky that she never found out about Jamie and Hank!)

(Perhaps Justine should have stayed at home ...?)

(Mischievous Pauline's idea of fun, sets Morgana off in a bad mood)

Hank gets in a spot of bother at his short bachelor party!

(sending his crush off to his ex obviously didn't go well ...)

Let's just say Hank won't be getting away with what he has done!

And now, the wedding. Which didn't last long ...

(Spilling the beans about his other relationships doesn't go well

Pauline decides to call of the wedding, and their engagement and runs off. Hank has another person in his mind however!

Kissing Marty's wife right in front of him leaves him hurt and confused. Their marriage is finished as a result.

Hank and Justine's relationship blossoms over a short period of time, until she is revealed as PREGNANT!

Hank realises he has to be there for her and the baby, so he proposes! Marty still lives with Justine as he wants their baby to have the best possible relationship with his parents. Tensions rise when Hank moves in.

Some while later, Justine gives birth to her second child! 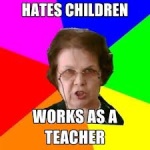