This is a story I began writing on facebook, however I want to see it come to life through the sims.

Due to the eventual graphic nature of this story, viewer discretion is advised.
I will tone it down a bit for the forum of course.
The way I set this up is first you see the picture, then you see the story that goes with said picture. 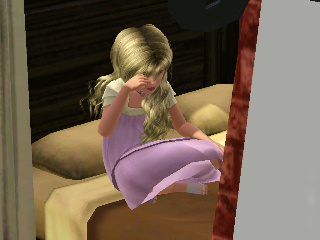 It was the noises that woke me. They were different from the night time animals and voices I usually heard. I was 12 then, and it scared, yet intrigued me. I recognized by father's voice first, High King Sardon. His voice, normally smooth and light, was now dark and had a dangerous edge to it. I could almost see his dark eyes flashing angrily as I heard him speak. I could not make out his words, for my hearing, while sharp, was not yet fully developed. Listening closely I made out 3 other voices alongside my father's. I recognized one as council leader, Defedos. He didn't sound as angry, but his voice gave me a chill. It was almost......dark, and soulless. I didn't recognize the other 2 voices, but I knew something big was going on. Being my father's daughter, and only offspring he had, I had a responsibility to keep myself guarded and away from trouble. Unfortunately I was a curious child, and often trouble found me wherever I went. This time would be no different. 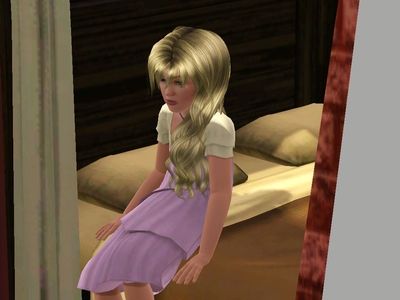 I slowly pushed the covers back and let my feet fall over the side of the bed touching the marble floor. It was cold, but my feet were hardened from running barefoot through the woods everyday. A light breeze was blowing through my balcony doors, which I kept open to see the moon at night, pushing the light see through canopy that hung over my bed. I stood, letting my long nightgown drop to my feet and began walking silently to my door. I grasped the pearl handle and turned it, my heart pounding in my chest in anticipation of what I'd find. 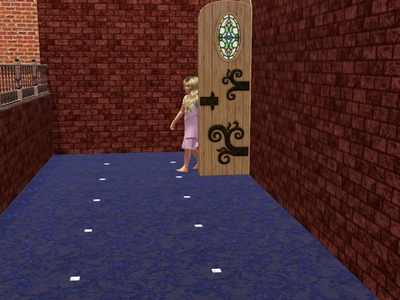 My room opened to a long hall that lead to a stairway down to the dining hall, sitting room, and entrance way of our home. I had to pass by my father's room, and it made sneaking out difficult, but seeing as he was down below I was able to move much quicker then normal. Normally I only stole out at night to stand under the moon and dance in the trees to the faint music I'd hear the nymphs playing. It seemed to give me a type of strength being out there under the clear sky with nothing but the moon lighting up the night. My father caught me out there once and through such a fit I didn't sneak out for 4 moons for fear of punishment. He wasn't an intimidating man under normal circumstances, but get him angry and he became scary enough to send an ogre running. 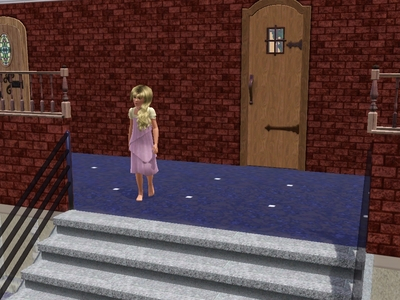 "I say we use the scorpion whips on the little toad!" A voice shouted suddenly making me stop at the top of the stairs. It was Defedos speaking, but he sounded pleased about such an awful punishment. The scorpion whips were whips with the tails of scorpions attached to the ends. I'd heard of very few living through the punishment, for there were over 70 scorpion tails on that whip and injected so much poison that the prisoner would go into shock and their whole system would shut down within minutes. The few that lived were usually never able to live normal lives again. 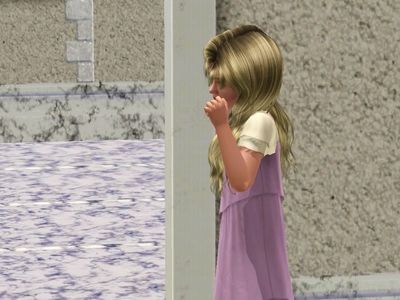 Hearing such a horrid thing from Defedos's mouth I, moved quicker down the stairs and hid myself in the shadows by the doorway of the sitting room where everyone was. 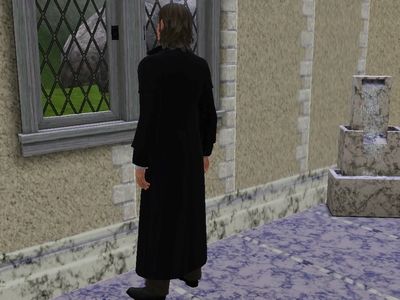 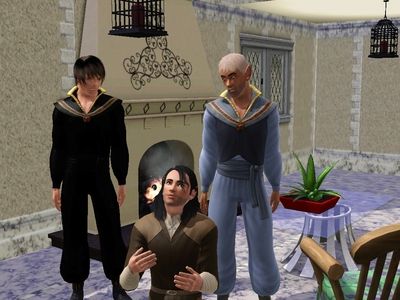 I caught a glimpse of my father standing at the window, his back to the gathering in the room, his hands clasped behind his back, spin stiff. His hair, which was kept just past his shoulders, was free flowing. He was wearing his long black cap over his vest and pants combo he always wore to set him apart from the others.He looked as if he had been traveling which confused me. I saw him sigh angrily and glanced over to see Defedos standing next to an unknown elf with another elf, younger and quit attractive, on his knees before them.

"No, Defedos. This is a prisoner of war. It is against our laws to punish him, or torment him in any way." My father said speaking firmly. Defedos seemed to deflate with disappointment which angered me. I had never thought something so cruel would bring Defedos joy.

"He came into our lands your highness. Please, let me punish him." Defedos whined. My father moved quickly and was soon towering over Defedos.

"Take him to the lock up. That is all you are allowed to do. No harm can come to him." My father said, his voice dripping with an unspoken threat. Defedos lowered his head and motioned for the elf holding the prisoner to follow him out. 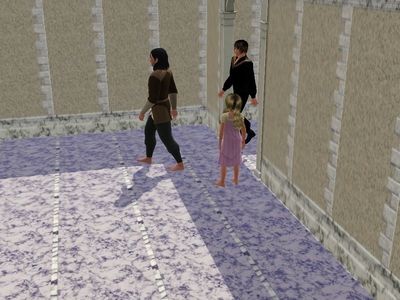 I stepped back into the shadows quickly as the prisoner and the unknown elf passed by. Defedos walked out, stopped, and turned my way sharply, his eyes glowing angrily. 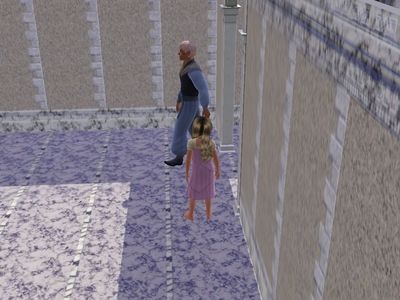 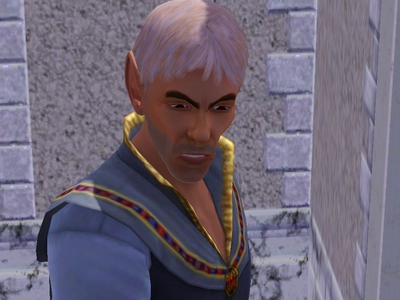 "Princess." He sneered. I stepped out meekly, but locked my eyes on his.
"Council leader." I said crossing my arms stiffly. He held his sneer, but glanced quickly into the sitting room before speaking. 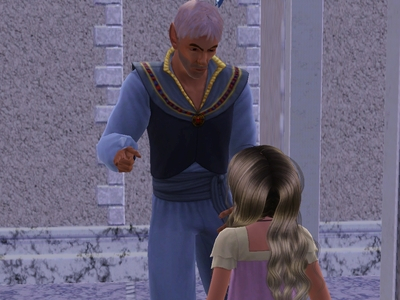 "It's all your fault the King has gone soft. He used to be a true leader before you and your.... mother," He spat, making the word mother sound like an insult. "came into his life. You will pay you half breed." He snapped. Then turned around and marched away. I dropped my arms in shock. Half breed? Why would he say that? 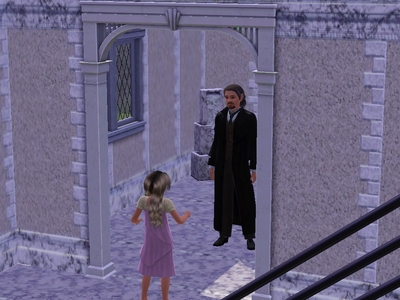 I walked forward and felt my fathers eyes drilling into the back of my head. I turned toward him slowly. He stood in the sitting room staring at me. He didn't look angry. He looked drained, and suddenly older. I knew he'd heard what Defedos had just said to me. I waited a moment, hoping he'd deny it, or say Defedos was an imbecile. Anything to ease the sudden feeling I had inside me. 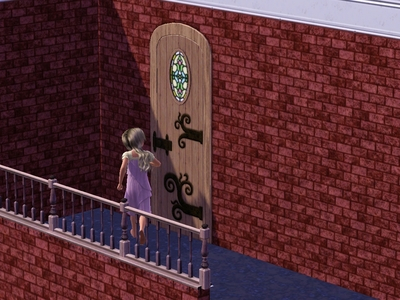 He said nothing. In his eyes, I saw truth, and pain. I narrowed my eyes at him, turned, and ran straight back to my room, slamming the door behind me.

I didn't know it then, but learning that one little secret about myself would change the entire course of the rest of my life........
.

I love these kinds of stories! Can't wait to read more

I tried re-sizing the pictures but it doesn't look like it changed.

WOW, I wish I could write as good as this. I like this story. Can't wait to read more.

Thank you all! I'm working on chapter 1 tonight. Hopefully I'll be able to make the pictures smaller. lol